Including the Ngorongoro Crater

Set aside by the communities

Tanzania has a rich human history, with the oldest evidence of humankind found at the archaeological site, Oluvai Gorge, dating back an estimated 1.9 million years. Prehistoric migrations occurred over thousands of years with various groups migrating into Tanzania, including from Ethiopia and Sudan.

German rule began during the 19th century and subsequent British rule after the First World War. After gaining independence from the British Mandate in 1961, the first president Julius Nyerere joined the 120 tribes together to form a stable and cohesive society. Today Tanzania is one of the safest and most peaceful countries in Africa, welcoming over 1.5 million visitors each year.

Voted Africa’s Best Safari Country by Safari Bookings, Tanzania is known for its superb wildlife, diverse landscapes and authentic, safe travel experiences. Whether you are looking for a wildlife safari, to climb the highest mountain in Africa, Mt Kilimanjaro, or simply to relax on a tropical island of Zanzibar, Tanzania cannot be beaten.

The natural wonder of the Great Rift Valley, a fault line in the Earth’s crust, can be traced from Jordon through Northern Africa and Eastern African, where it splits into two and then ends in Malawi. In Tanzania, the Great Rift Valley features vast lakes, mountain ranges, the Ngorongoro Crater and volcanoes including Empakai and Lengai.

Such varied landscapes are home to outstanding wildlife, remarkable not only due to the diversity of species of animals, birds and insects but also the sheer numbers. There are over 4 million wild animals roaming freely in Tanzania, including elephants, giraffes, zebra, gazelles and wildebeest. To the west of Tanzania troops of chimpanzees are found in the forests of Gombe National Park, where Jane Goodall pioneered her behavioural research. Large populations of predators call Tanzania home, including over 2,500 lions found in the Serengeti alone, along with cheetahs, leopards and the elusive caracal. The greatest wildlife spectacle in the world occurs in the Serengeti; the Great Migration, whereby over 2 million wildebeest and other land animals move through the Serengeti following the rainfall and greener pastures. With over 38% of the land given to protected areas, Tanzania is a haven for abundant fauna.

Complementing these animals, and often living in symbiosis are species of reptiles, insects and birds. There are over one thousand species of birds, including the green tinkerbird, brown-breasted barbet, lilac-crested roller, woodland kingfisher and the red billed hornbill. Twenty-two species are endemic and only found in Tanzania such as the ashy starling, banded green sunbird, Udzungwa forest partridge and the Pemba green pigeon.

Tanzania offers unapparelled wildlife experiences and safari adventures, from game drives through the vast plains of the Serengeti and into the ancient caldera of the Ngorongoro to the quieter southern parks. At the end of your safari, there is so much more to see and do in Tanzania, from climbing the highest peak in Africa, Mt Kilimanjaro, to diving into the aqua blue seas of the Zanzibar islands. 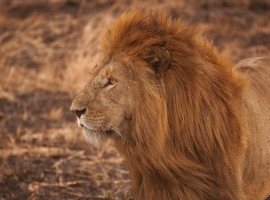 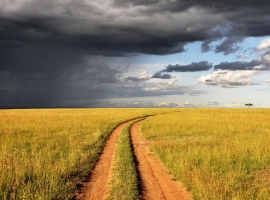 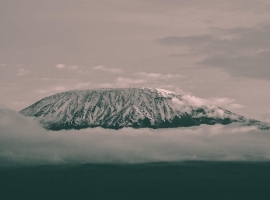 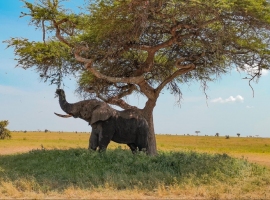 An estimated population of nearly 60 million people call Tanzania home, each belonging to one of the 120 tribes, most with their own languages and traditions, and while they are diverse, they are united. Around 70% of people live in rural areas, dominating the north and coastal areas. The largest city, and economic centre, is Dar es Salaam, a bustling port on the edge of the Indian Ocean. Dodoma in the middle of the country serves as the country’s capital and Arusha in the north is a growing urban centre, with a focus on tourism and agriculture.

Although there are over one hundred tribal languages spoken, the national language of Tanzania is Swahili a mix of Bantu languages and Arabic. The word ‘safari’ is Swahili meaning ‘journey’ and a common phrase is ‘maisha ni safari’ – life is a safari.

Tanzanians are friendly, welcoming and interested in getting to know visitors. Greetings are incredibly important and conversations rarely start without asking about one’s health and family.

Tanzania also offers the most diverse and rich cultural experiences, allowing visiters a rich insite into the people’s culture, history and way of life. With Taswira Africa Safaris, you can walk with Maasai warriors and learn about natural medicine, go hunting with the Hadzabe tribe who are the only remaining hunter-gatherers in East Africa or visit the homes and farms of the industrious Chagga people in the foot hills of Kilimanjaro.

There is so much to experience in Tanzania from the best classic African safaris, responsible cultural tourism to relaxing beach holidays that you really don’t need to go any further. Join Taswira Africa Safaris on a voyage of discovery through one of the best holiday destinations in Africa. 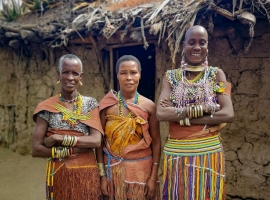 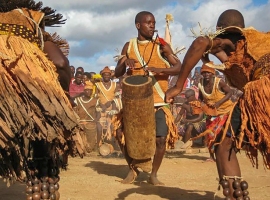